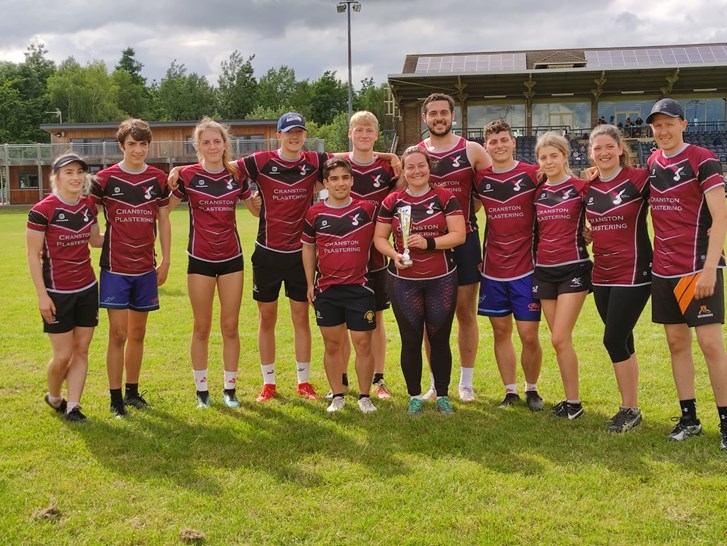 Peterborough Rugby Club's Touch section secured their second trophy of the year by winning the Development Plate final at the second round the National Touch Series.

24 Teams from across the country converged on Banbury on Saturday 10th July to compete in round 2 of the Development National Touch Series, where teams were split into 6 pools for round-robin matches to decide rankings for the knock-out stages. Peterborough managed to win 2 matches against Nottingham and Wigan but lost out to Manchester; this put them into the second tier knock-out competition where they went on to wins against St Albans, CSSC London and London Vipers in drop-off sudden death in the final.

The third and final round of the National Touch Series will take place over the weekend of 31 Jul/1 Aug at Oxford RFC and once again Peterborough will be represented and will be looking to build upon their strong performance from round 2.

If you would like to get involved in social or competitive or junior Touch with Peterborough RUFC please contact touchrugby@prufc.com.